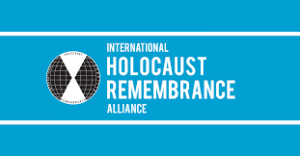 The NSW Jewish Board of Deputies commends the NSW Legislative Council for endorsing and adopting the IHRA definition of antisemitism on Wednesday night.

NSW Jewish Board of Deputies CEO Darren Bark commented,  “This is a historic decision that follows the NSW government’s announcement in December that it will also embrace the definition.

“The IHRA definition provides clear examples of antisemitism to educate and guide community action against it, and as Premier Dominic Perrottet said last year, to fight something, you need to be able to identify it. A definition is an essential tool to do just that.

“We commend and thank each and every MP who spoke in support of the motion, and Reverend Fred Nile MLC for bringing it forward.

“With antisemitism on the rise around the world, and the fact NSW experienced the highest reported number of antisemitic incidents in Australia last year, the NSW Parliament’s adoption of the IHRA definition is more important now than ever.

“Noting the debate in the Legislative Council, the JBD condemns the dangerous and misguided comments from Deputy Opposition Whip Anthony D’Adam who claimed that ‘Israel has made Jewish people more unsafe’.

“Mr D’Adam’s comments, which take a page out of former UK Labour leader Jeremy Corbyn’s anti-Israel playbook, are incredibly ignorant, offensive and dissociated from the truth.

“Israel was founded from the ashes of the Holocaust as a homeland for Jews who faced two millennia of persecution. To say that Israel makes Jews more unsafe is to ignore and slight the history of persecution that Jews have faced and the murder of six million Jews in Europe – who, if Israel had existed, would likely have lived.

“Mr D’Adam is so fundamentally wrong and insulting with his remarks we demand that they be withdrawn.”